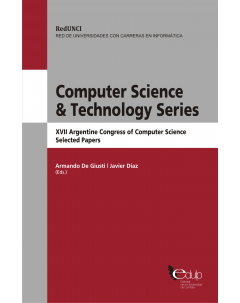 CACIC'09 was the fifteenth Congress in the CACIC series. It was organized by the School of Engineering of the National University of Jujuy. The Congress included 9 Workshops with 130 accepted papers, 1 main Conference, 4 invited tutorials, different meetings related with Computer Science Education (Professors, PhD students, Curricula) and an International School with 5 courses. CACIC 2009 was organized following the traditional Congress format, with 9 Workshops covering a diversity of dimensions of Computer Science Research. Each topic was supervised by a committee of three chairs of different Universities. The call for papers attracted a total of 267 submissions. An average of 2.7 review reports were collected for each paper, for a grand total of 720 review reports that involved about 300 different reviewers. A total of 130 full papers were accepted and 20 of them were selected for this book.